History of Mormonism and their Sexuality

History of Mormonism and their Sexuality
Matthew Cline
One of the many things that have always made me curious is the Mormon religion. After going over some of their beliefs in class it only reminded me of my curiosity of the seemingly strange religion. Of the many interesting things about this belief system is the role that sexuality plays in their everyday life. I also want to give a brief history on the religion itself as to hopefully give a better understanding of why they believe some of the things that they do. The Mormon Church was established on April 6th in 1830. It was founded by Joseph Smith in Fayette Township, New York.1 The churches’ doctrine states that the angel Moroni gave Joseph Smith golden tablets and instructed him on how to translate them so that they will eventually turn into The Book of Mormon.2 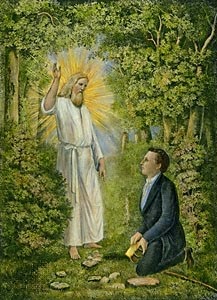 After Joseph Smith was through with deciphering the golden plates and had already published The Book of Mormon the angel Moroni visited him again to receive the plate’s back.2 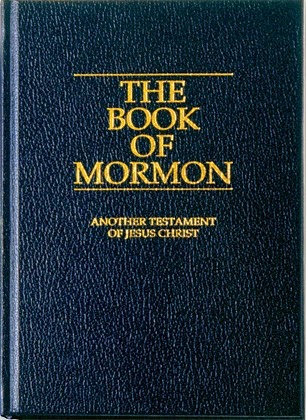 People of the Mormon faith share many of the same beliefs that many of religions teach. One aspect that does differ from most other religions is the role of sex and sexuality in a traditional Mormon household. Even though it is not practiced anymore the Mormons believe that “The law of God allows and provides for polygamy.”3 The Mormon faith teaches that there are two types of sex. One is Proper Sex, this can only exist inside that of a marriage bond.3then there is improper sex which includes: adultery, any type of fornication before having a marriage bond, and sodomy as it was deemed unnatural.3 In terms of severity of sin any type of sin that is related to sexuality carries a heavy price if committed. The Mormons also believe that there is two types of marriage, there is Spiritual Marriage which is sanctioned by god and is the higher form of marriage.3 then there is temporal marriage which is civil and sanctioned by man.3 Sex in the Mormon faith is to have the purpose of procreating and the pleasure aspect is almost not thought of.3 I recently had the honor and opportunity to see The Book of Mormon the musical. After watching this very satirical play and then doing my research I can see how some of the beliefs of the Church of the Latter-day Saints. Many aspects of the churches doctrine of abstract to say the least, however in terms of sexuality and the role of sex it doesn’t differ that much from many traditional teachings of other more popular religions.