Sexuality: Nature or Nurture
By: Mary Daugherty
Although I don’t personally believe that it matters whether or not a person is born gay or can “turn” gay, this is still a topic that I was interested in learning more about, especially since it has become such a huge debate in the Unites States.
Homosexuality was officially taken off of the list of mental disorders in the 70s, and scientists are still researching whether or not an identifiable gene can cause one to be gay. Testing for a “gay” gene first began in 1957[1]. This testing began by seeing if homosexuality was at all linked to psychological development. The intelligence, and education level were compared between homosexual and heterosexual individuals of the same age. The two groups were given three different tests, which resulted in both groups receiving similar scores. This information was taken to mean that sexuality is not influenced by environmental factors[1]. 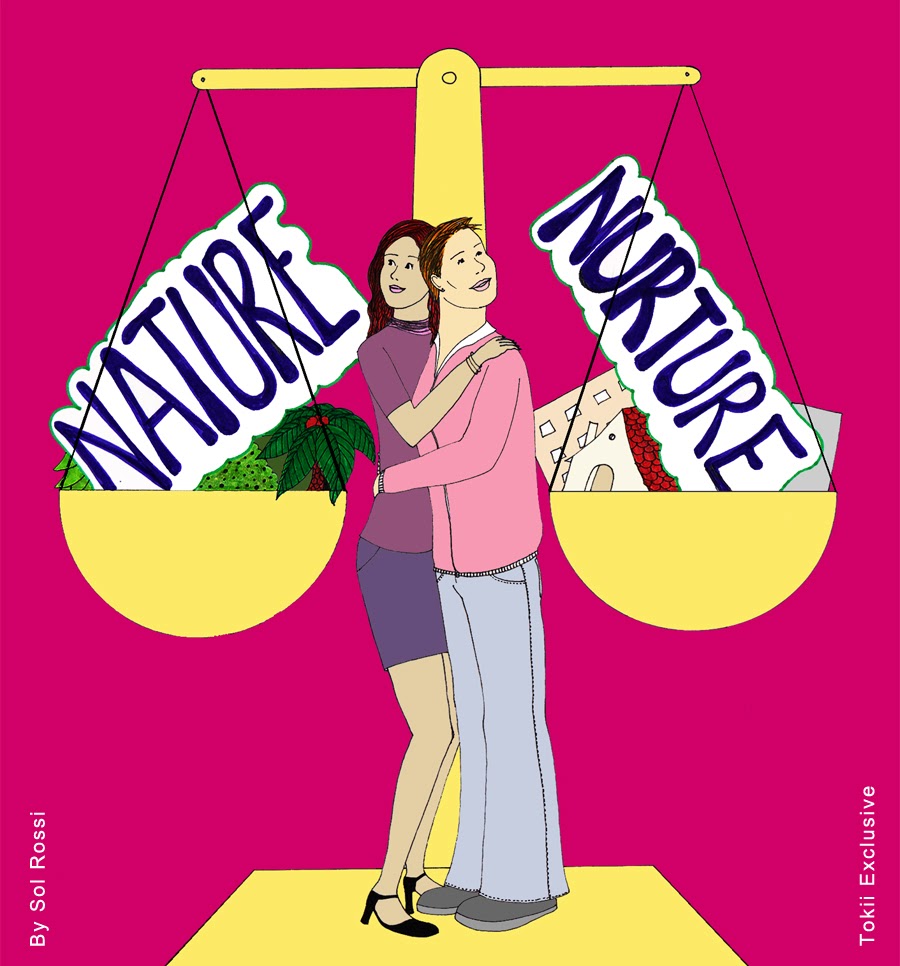 Many other tests have been done on this in the past, with the majority of them supporting the idea that sexuality is mainly based on nature.
Research has shown that people who are homosexual have brains that look different from people who are straight. It was found that the hypothalamus of a homosexual man’s brain was significantly smaller than the hypothalamus of a heterosexual mans brain[2]. However, this information does not prove that being gay in inherently genetic. It shows that there could be some genetic factors, but the difference in size of the hypothalamus could also be caused by environmental factors.
There has also been research done that has proved that a persons sexuality can also be influenced by their environment as well. It is human nature that, when you are exposed to something more often, the higher the chances are that you will see this as normal. If you take this information in regards to sexuality, children who are exposed to other gay people are more likely to be accepting of this behavior and even to participate in it themselves[2].

Overall I think that sexuality is a mix of both genetic and environmental factors. I think that there is enough proof to show that a person’s genes can influence sexuality. However, I think that if a person grows up in an environment where they are exposed to homosexuality frequently, they could be more likely to be gay themselves. In the beginning, when being gay was seen as a disease, a lot of the research pointed towards it being genetic, but now, as it is becoming more accepted, people are realizing that there are environmental factors that go along with it as well. [1]