The Problem With Abortion By: Charles Dobner

Abortion seems to be a very subjective matter in today’s society. One either supports it because it provides women with more rights; or they hate it due to strong religious or personal beliefs. I am not a woman so I will clearly never be faced with this decision that will directly affect my body. However, I do believe that many cases of abortion should be completely illegal due to the pain it causes the fetus to be in. This thin line is where the problem exists in within American laws and regulations.


The largest cause for disagreement in this subject is perhaps the misconception of two simple, yet very important definitions. The word “baby” literally refers to the child after it has been born. The people who fight to stop abortion use the term “unborn baby” incorrectly because we see that a baby has to be born to be referred to as baby. This definition is what many supporters of abortion use to justify the killing of a living human being. However, the dictionary definition of a “child” refers to human being that is either born or unborn.[1] This definition alone should cause people to realize that an unborn child is a living, breathing being that feels pain in every way we do.
Most scientists believe that fetuses do not begin to feel pain until about week 20. This is certainly not proven but many states support the idea of aborting the baby pre-20th week of child birth. Nebraska has recently become the first state to ban abortions after this mark of the pregnancy based only on the idea that fetuses are able to feel pain around that time. At this point of the study, many scientists are starting to consider the possibility that fetuses are “living humans” as soon as they graduate the embryonic stage of development. This begins around week 11 and the majority of abortions occur after this mark.[2] A study says that nearly 99% of women go ahead with an abortion after seeing an ultrasound of the baby. Most of these ultrasounds occur after week 11.[3] 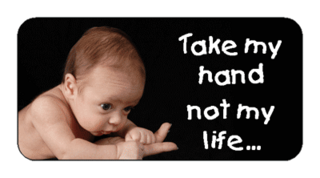 I did not necessarily provide a lot of statistics because the point I wanted to get across is that sometimes what we think is right, is actually very wrong and not proven accurate. I know some cases of abortion are direct results of rape and incest but this only happen less than 1% of the time. I personally believe that abortion is murder and I do not support it in any situation. I think abortion should be made illegal except in extreme cases where an investigation should take place. Many of these deaths can be avoided if people realize that abortion in most cases is outright murder.