The History of Homosexuality
By: Mary Daugherty
Gay rights have been one of the main political issues of the twenty first century. However, just a few years ago, this was a topic that was hardly ever discussed. This doesn’t mean that it didn’t exist. The history of homosexuality is a relatively short one beginning around the end of the nineteenth century. “During the 1860's and 70's European public administrators began noticing that some people were organizing their lives not around family, household, and reproduction but around various forms of sexual pleasure.” [1]This change was probably due to capitalism and the increase in the number of people living in cities rather than on farms. Since there were a large number of people commuting to cities for work, the importance of family decreased. These groups were considered to be sexual deviants and were studied by officials. One of these groups of deviants were called “homosexuals.”1
These people immediately became the focus of doctors in the 70’s. The Nazi’s eventually destroyed all documentation of homosexuals, and they were sent to death camps. 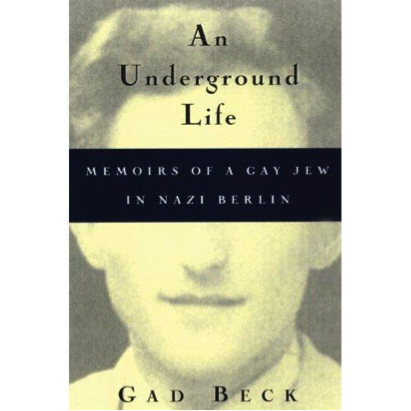 In the United States the history of homosexuality is much shorter with the main homosexual communities being located in New York, Las Angeles, and San Francisco. 1 After World War II thousands of people who were gay or lesbian were dishonorably discharged from the military and were placed in San Francisco, where they stayed due to shame.
The underground emancipation movement for gay rights began with the formation of the first known homosexual political organization, the Mattachine Society, founded in Las Angeles.1 After a controversial court case involving one of the organizations founders, the Mattachine Society gained support and members by the thousands. Eventually as support grew, the number of organizations supporting homosexuals grew to about fifty by 1969.1 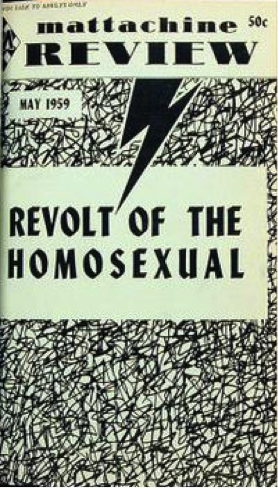 This movement experienced a major success when the American Psychiatric Association took homosexuality off of the list of mental illnesses. As the gay community experienced more and more successes, tension between them and certain branches of the government increased. However, today life for gay people has not gotten any easier. Every day there are news reports about violence toward gays as well as discrimination in the workplace. Since this movement started so recently, I believe that it will continue to gain support as it has in the past. I think this because when I was in 9th grade, my teacher brought up the topic of gay rights and asked us our opinion on the topic. I was surprised when almost every student in the classroom said that they were against this idea. Yet just two years later, another teacher brought up this topic and all but one student in the classroom supported the idea of gay rights, even if the didn’t agree with it.